Today voters in North Carolina’s primary get to decide whether to approve a state constitutional amendment that would ban same-sex marriage and civil unions.

John Cole, the teriffic staff cartoonist for the Scranton Times-Tribune, spent years drawing cartoons about North Carolina’s wacky political scene for the Durham Herald-Sun. Even though he moved to Pennsylvania, he still draws a cartoon a week for North Carolina Policy Watch. He’s drawn several cartoons about Amendment One, so I asked him to weigh in with this thoughts:

North Carolina always had this feel about it that’s different from a lot of other Southern states. It combined forward-thinking progressivism (exemplified by guys like Jim Hunt, Terry Sanford and Bill Friday), a booming modern high-tech-based knowledge economy and the more traditional social conservatism of pols like Jesse Helms. These things more or less held each other in balance for years. Amendment One upsets that balance and represents a huge step backward for a state that I’ve generally regarded as more open toward and tolerant of differing views and lifestyles.

Here are John’s cartoons about the potential Gay Marriage ban in North Carolina. What do you think – right move or drastic overstep? Comment below or give us your thoughts on our Facebook page. 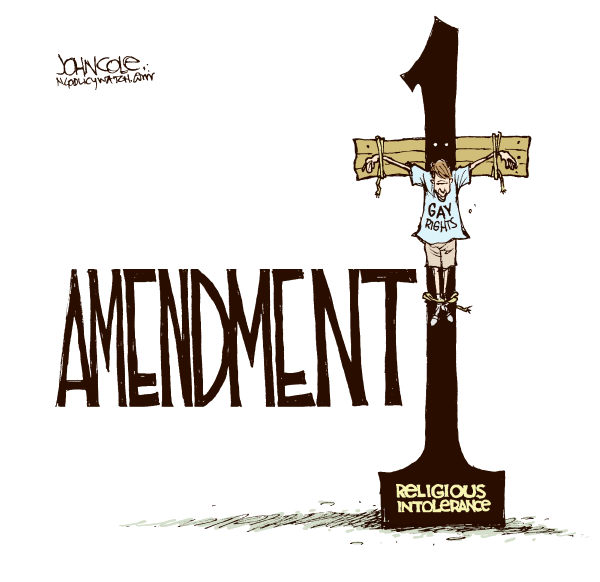 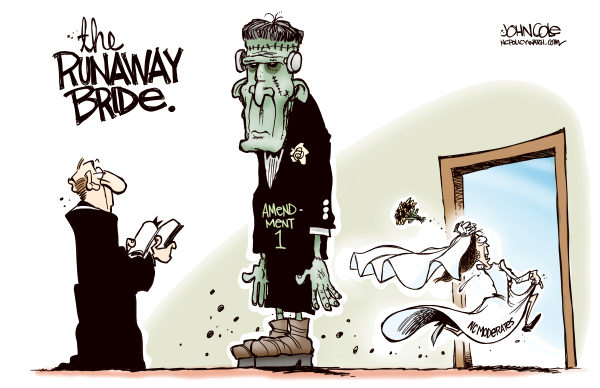 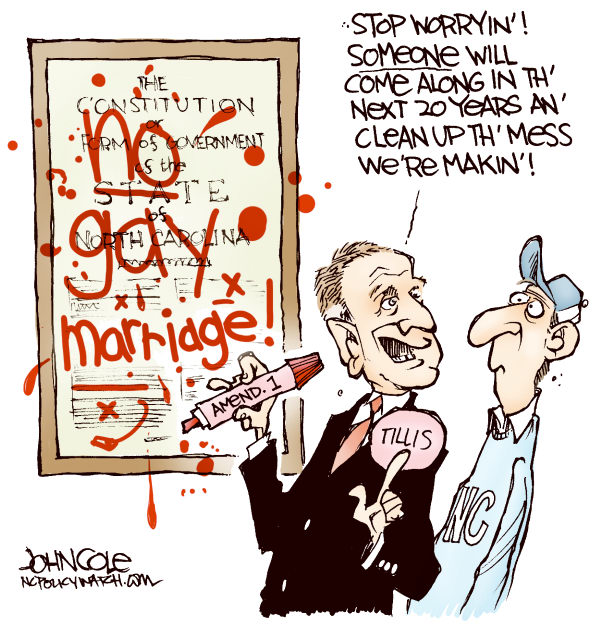