Maybe I’ll draw a follow up cartoon with blood in the water – no blood from Fox News, though; they may just deflate a little as scandals grow. Remember the cartoon below? This shark cartoon was easy to draw because I had already gathered all of the logos! Like flies attracted to stinky poop, the media is drawn to riots and looting, with little interest in the other issues surrounding the stinky poop.

We have a great collection of cartoons about the Baltimore Riots here. This cartoon by conservative cartoonist Glenn McCoy motivated me to draw my cartoon below. Glenn forgot the most obvious monkey and I thought I needed to correct the oversight.

Last month I corrected an error in a cartoon by Glenn’s even-more-conservative brother, Gary.  The McCoys are such an inspiration! 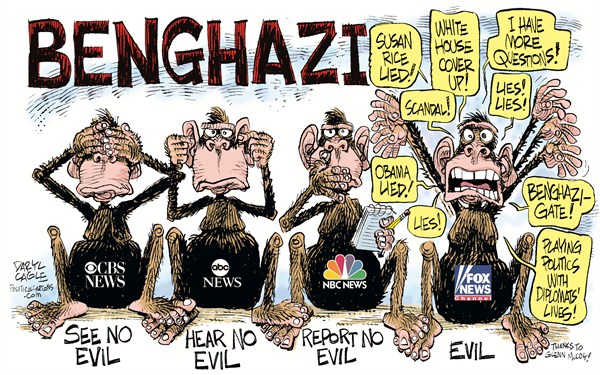