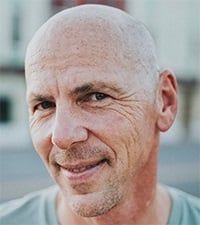 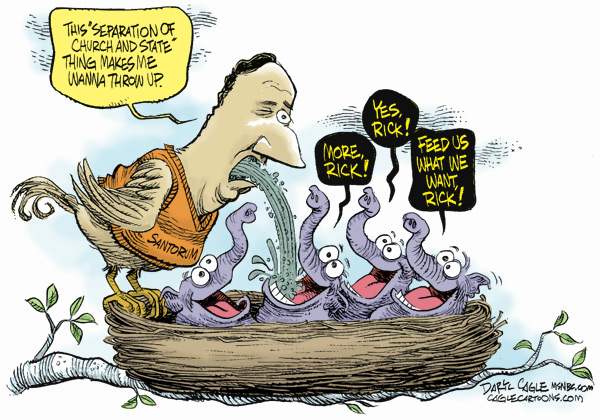 Here’s my newest cartoon about everyone’s favorite birth control warrior, former Pennsylvania Senator and Presidential Candidate Rick Santorum (view more Rick Santorum cartoons here). For a man who not afraid to tell voters what’s on his mind (no matter how looney), Santorum now regrets saying he wanted to “throw up” after watching John F. Kennedy’s speech to Baptist ministers in Houston in 1960.

Just for the record, here’s what Kennedy said in his speech:

“I believe in an America that is officially neither Catholic, Protestant nor Jewish; where no public official either requests or accepts instructions on public policy from the Pope, the National Council of Churches or any other ecclesiastical source; where no religious body seeks to impose its will directly or indirectly upon the general populace or the public acts of its officials; and where religious liberty is so indivisible that an act against one church is treated as an act against all.”

You see, Santorum wanted to hurl because despite what our Constitution says, he doesn’t believe in an America where the separation of church and state is absolute.

“The idea that the church can have no influence or no involvement in the operation of the state is absolutely antithetical to the objectives and vision of our country,” Santorum said on Sunday.