I forgot to post my cartoon from week before last, about Howard Schultz, the prospective independent presidential candidate, billionaire and Starbucks magnate. Schultz threatens to split the vote for a Democratic party candidate, possibly throwing the election to Donald Trump. The two legged Starbucks mermaid logo is so disturbing that I love to draw it whenever I can. Here’s the original Starbucks logo, that customers didn’t like.  See the evolution of the Starbucks logo here.

The logo was intended to depict the merger of two coffee companies, the original Starbucks and Howard Schultz’s company, Il Gornale that purchased Starbucks.  Starbucks has a nautical theme to go with the character of Seattle. “Starbuck” was the name of the first mate in the novel Moby Dick.

This two legged, merger-mermaid is nasty, which makes it great fodder for cartoons. I drew the mermaid last year when there was a racism scandal at Starbucks, leading the company to shut down for a day to do racial sensitivity training. This logo-fish-girl would scare anybody! And here’s a new one! Here another flashback from by cartoonist buddy, Randy Enos.

Along with my regular free-lance work, I took on a job as a film designer in the mid 60’s, 1964 actually. It was for a small off-beat film house called Pablo Ferro Films in New York City (more about them in future posts). It consisted of myself, the supremely innovative Pablo Ferro and his brother Jose, who were originally from Cuba. Pablo hired me because I knew absolutely nothing about film production, animation etc.. He liked my crazy off-beat style and he wanted someone who was a film virgin because he didn’t want to do anything ordinary or like anything anybody else was doing.

Pablo had done the titles for Stanley Kubrick’s “Dr. Strangelove” which were quite innovative. Now, Kubrick had won the N.Y. Film Critics Award for the movie and Pablo wanted to send him something in congratulations. Pablo tasked me with the project. Recognizing Pablo’s penchant for unusual approaches, I suggested that I would make a large “cardboard” cut (I was occasionally deviating from my normal linoleum cutting) of Dr. Strangelove in his wheel chair, half rising, struggling to contain his right arm which was trying to affect a Nazi salute. I completed it and then we wrote in a large scrawling hand “Congratulations, Stanley”. We then, at my suggestion, folded the large piece of paper into a small, tiny compact unit and stuffed it into a modest envelope.

The next day, Pablo received a phone call from Mr. Kubrick.

“Who did this drawing?” Kubrick said.

Pablo explained that I was a new “kid” that had just joined the studio. I was only a year younger than Pablo, by the way.

Kubrick said, “Put him on the phone.” He asked me if I would like to work with him on his new movie called “2001: a Space Odyssey.” He said I could be a “sketch man” for him in a yet to be determined spot on the crew, following him around and helping to visualize various scenic inventions. He said that perhaps I would also do the titles for the film later on. Kubrick said that he would pay me $200 a week (because he really didn’t have a budget yet for this position he had just invented). Kubrick said I should also be prepared to spend two years in England during shooting. He told me to think about it and I handed the phone back to Pablo. I told Kubrick the next day that I couldn’t do it because I had just bought a house and I was just beginning to start my job with Pablo etc. etc.. I didn’t know much about this director who was just going to make a science fiction movie… big deal. I did suggest some friends for the job who also turned it down (not enough money).

BUT… while Kubrick was talking to Pablo, he had asked Pablo for a favor. Kubrick needed a temporary logo for pre-production stationery. Pablo thrust it in my lap and told me to pick out some type and slap together a logo for Stanley. I called the type house and ordered some Futura type … got it … and with photostats I “boxed” the lettering, tightened up the spacings, upper and lower case and threw in a logo in italics for good measure.

To this day, that “pre-production stationary logo” is the one that has been used on the movie posters, book jackets, record covers, etc.. I drew this stupid cartoon slowly as I was distracted by the fire burning around my house. I need to pick up the pace. 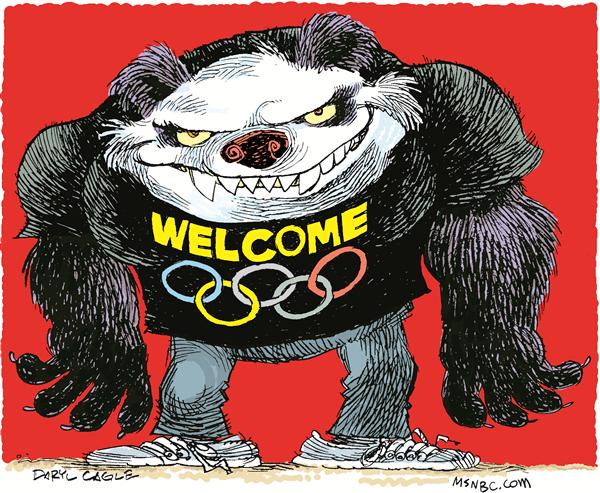 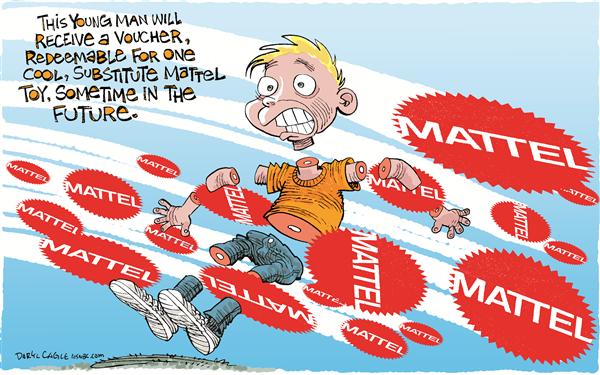