One of my favorite cartoonists is Mr. Fish (Dwayne Booth). He doesn’t censor himself for taste at all. I appreciate Fish’s unwillingness to compromise, so I thought I would post a handful of his controversial Memorial Day cartoons that I would never have drawn myself. 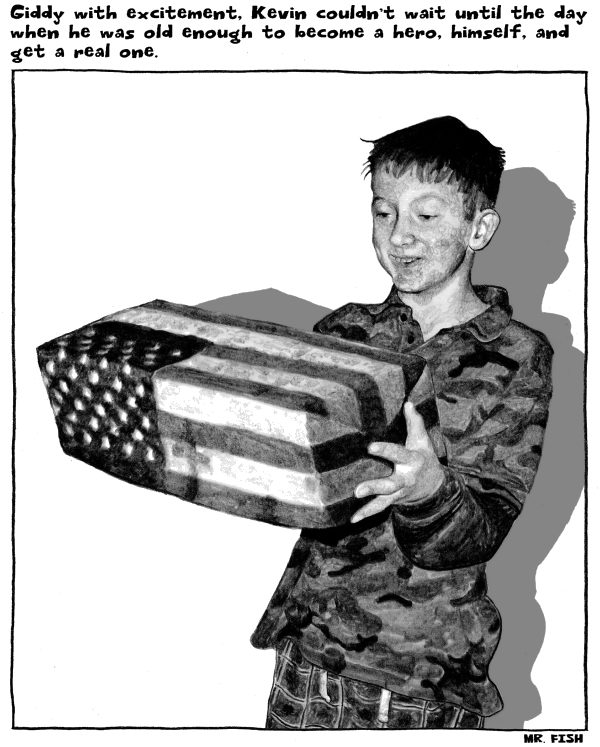 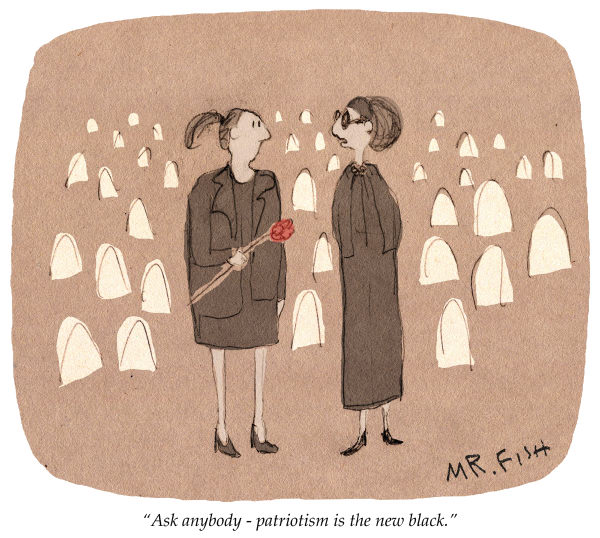 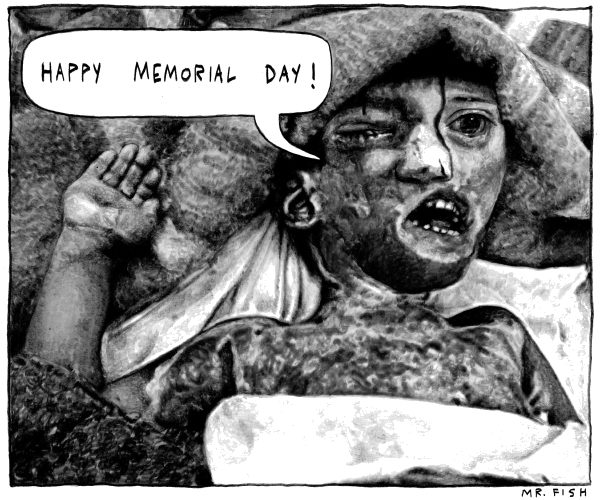 Following the big news events last week surrounding gay marriage, we received lots of great cartoons, from both the right and the left, about whether gay marriage should be legal in this country (check out our complete collection here).

Mr. Fish is one of my favorite cartoonists and probably the farthest left of any cartoonist on our site; his gay marriage cartoon included the unlikely paring of Jesus Christ and former Queen frontman Freddie Mercury: 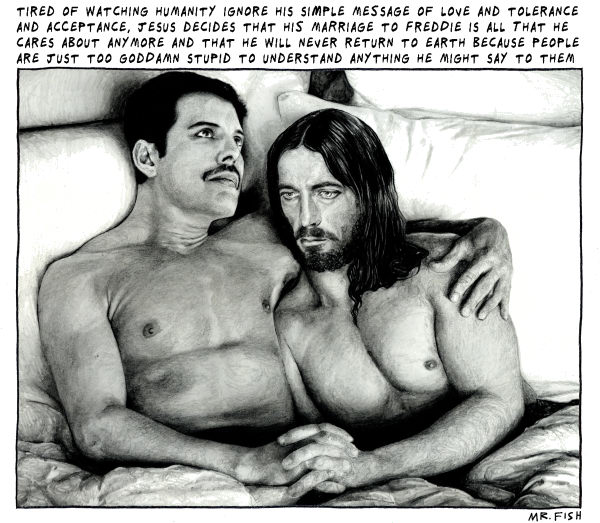 I asked Mr. Fish to write up his thoughts about the cartoon, and here’s what he had to say:

The cartoon was drawn in reaction to the vote in North Carolina approving a constitutional ban on same sex marriage. It took me a full day to work through my rage before figuring out the cartoon.

Like so many other progressive cartoonists, my initial instinct was to attack all Southerns in the United States and to classify them as backwoods hicks crippled by a history marred by prejudice and intolerance and legislative buffoonery. Not wanting to join the chorus of such vitriol, though I didn’t find it at all disagreeable, I decided to illustrate the hypocrisy that I heard when listening to those in support of the ban who insisted that their decision was Biblically motivated.

While I don’t believe in the Gospel and think that the subjective nature of Scripture allows for innumerable interpretations and conflicting readings, I do appreciate the historical significance of there having been a big-mouthed radical hell-raiser named Jesus Christ living in Bronze Age Palestine who got in trouble with the political and religious elite for saying that the poor and the sick and the homeless and the misunderstood minorities and the unjustly vilified riffraff were NOT worthless human beings.

It seemed to me that such a committed revolutionary thinker, if presented with contemporary culture, might tend towards acceptance of our glorious differences as human beings rather than condemnation.

What are your thoughts about the cartoon? Either comment below, or drop us a line on our Facebook page.