I love the New Years cliché with old Father Time and the New Year Baby. My New Year cartoon has Trump continuing to shoot himself in the foot, now and in the future. Here’s a New Years oldie with Obama continuing his struggle with a Republican Congress. And here’s a George W. Bush New Years oldie, with his wars dragging on … This oldie from 2001 was at the beginning of the “War on Terror” with the invasion of Afghanistan starting, after the World Trade Center attack. It always seems like the next year is going to be worse than the last year. That was true in 2012 when I drew this cliff cartoon that would be apt today with the falling stock market.

As the years pass, some things stay the same. Presidents come and go, but North Korea remains a pain in the butt. Things don’t change much. Here’s a New Year’s cartoon I drew three years ago with Obama and Li’l Kim.

I don’t think we’ll see a change in North Korea, but hopefully we’ll see a new president getting bitten in the butt in another three years. Have you made any New Years resolutions this year? If one of them is to laugh more, then check out our New Years Resolution cartoon slideshow.

Another New Year’s Day is almost here, so what’s a better way to celebrate than to check out some terrific New Year’s cartoons?

Want to run New Year’s cartoons in your publication? Check out some our selection here. 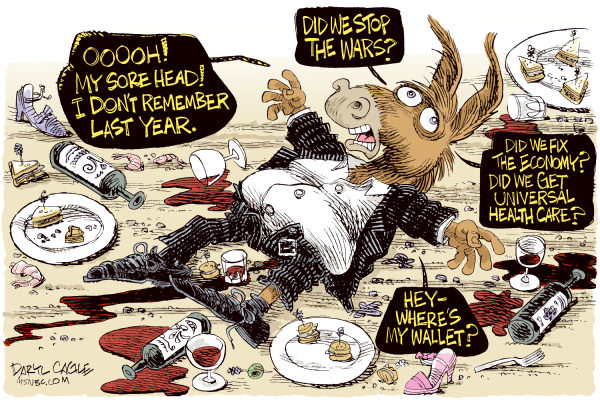 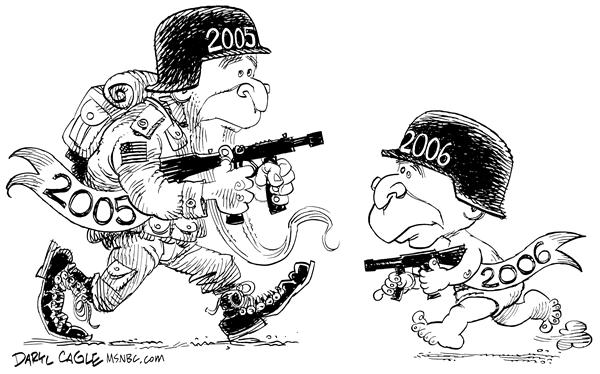