White House Press Secretary Sarah Sanders got caught up in the Mueller Report last week where she admitted, under oath, to lying to the press. She called the lie a “slip of the tongue” even tough she had repeated the lie a number of times, that “countless” members of the FBI contacting her to say they had lost confidence in FBI Director James Comey who the President fired. Here’s my cartoon. This is actually the first time I’ve drawn Sarah Sanders. She is great fun to draw, and since she’s on television all the time it would seem that I would draw her often. Maybe I will draw her more –we’ll see if she lasts.

Sanders’ uneven, “smokey” eyes and shapeless form are fun, but her asymmetric mouth isn’t really that big, certainly not big enough for a tongue so huge that she can slip on it. I took a look at how other cartoonists have drawn Sanders.

This one is by Sandy Huffaker. Sandy used to be a regular in the CagleCartoons syndicate and he has retired, but he draws a new one once in a while. I grew up watching Sandy’s work in Time Magazine when I was in school. He should come out of retirement! This one is by my buddy, Taylor Jones. It’s all about the eyes.

This one by Pat Bagley catches her very simply. This one is by Steve Sack, who catches her without one big eye. Here’s one by Adam Zyglis of the Buffalo News. Here’s one more, from New Yorker cartoonist, Chris Weyant, who draws symmetrical eyes, flops her mouth and adds a few pounds and loses a few pearls, but still captures her. I watched Sean Spicer’s White House press conference today. We have a drinking game where I have to take a shot every time Spicer says “very clear.” Ooh. The world is spinning. I can’t keep watching these press conferences. 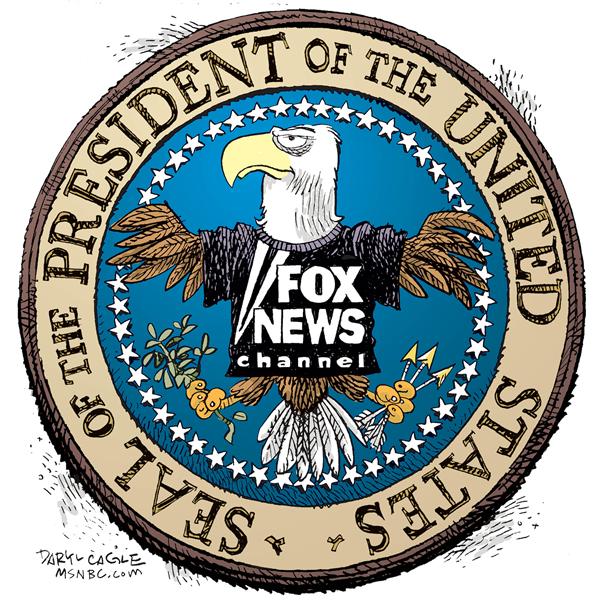