Brave Iranian cartoonist Atena Farghadani was imprisoned in Iran for posting this cartoon on her own Facebook page. Please share the video and the cartoon – everyone should see it.

Read the latest news about Atena on the Cartoonists Rights Network site.

You can e-mail Iran’s Permanent Mission to the United Nations at [email protected]. Here is a suggested letter:

I am writing to protest the outrageous sentence handed down against Iranian artist Atena Farghadani, and to urge her conviction be overturned and Ms. Farghadani freed.

Freedom of expression and association are universal human rights recognized by all civilized nations, including Iran as a signatory to the UN’s International Human Rights Conventions. The arrest and sentencing of Atena Farghadani is a clear violation of those rights, and also of Iran’s own statutes and international agreements. It cannot be allowed to stand.

In the interest of justice and to demonstrate its recognition of universal human rights, Iran must release Atena Farghadani.

your name
your city/state/country Political cartoonists don’t like to draw cartoons about celebrities. In most cases, they view it as tabloid trash and unworthy of the coverage they give to issues like health care reform and immigration. But readers love the bizarre lives celebrities live, and with Tom Cruise suddenly in the midst of his third divorce, our extraordinary caricaturist Taylor Jones (who I syndicate through Cagle Cartoons) drew this funny cartoon featuring Cruise and all his previous wives:

Taylor e-mailed me his thoughts about drawing Cruise:

Despite his extreme looks and extreme goofiness, Tom Cruise is easy to caricature. Sometimes, bizarre looks and behavior can hinder caricature because little is left to the imagination. That’s why I rarely draw comedians. What can one do to, say, Jim Carrey’s face, that he hasn’t already done to himself? But with Tom Cruise, here’s a dashing fellow — but one with buck teeth and a major schnoz. And those crazed, maniacal eyes just scream, “Don’t mess with me! I’m a Scientologist!” 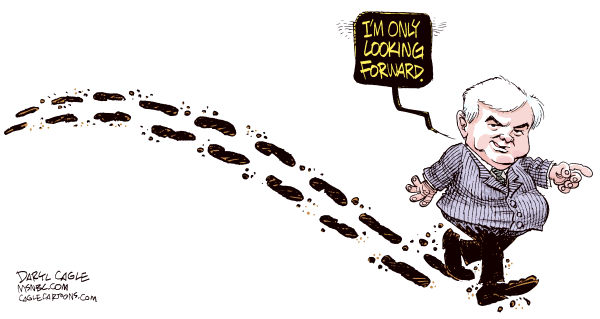