With the announcement that George Zimmerman has been charged with second-degree manslaughter in the death of Trayvon Martin, we can finally begin to figure out what really happened the night a Florida teenager was shot and killed in a gated sub-community.

Unfortunately for some, the case has become a media firestorm, where advocates on both sides seem to be determined to present their views of the case (although many credit the media outcry for bringing enough attention on the case to lead to an arrest in the first place.)

John Cole, the cartoonist for the Scranton Times-Tribune, does a nice job of rounding up all the usual suspects and hanger-ons, from both the left and the right, that have tried to use this case for their own political advantage… 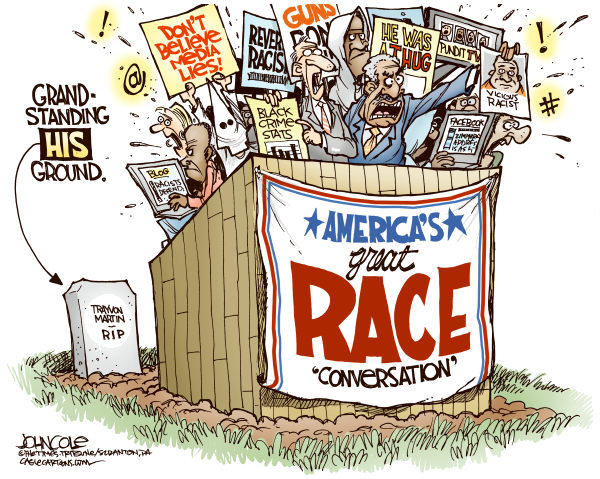 Conservatives have bemoaned an NBC tape that was revealed to be heavily edited in order to portray Zimmerman in a harsher racial light. NBC has since apologized and fired those responsible, but to cartoonist Eric Allie, the bias is still present and the damage is already done… 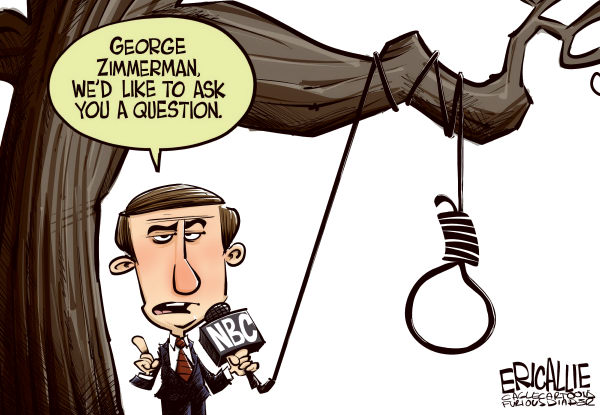 Liberals, on the other hand, have pointed at Rush Limbaugh and Fox News as trying to portray Zimmerman as the victim of civil right advocates run amok. Interestingly, Fox News was silent about the Trayvon Martin case in the beginning, but once President OBama spoke about the shooting, they seemed to put things into high gear. Media Matters cartoonist Rob Tornoe presents what he sees as their perspective of the case… 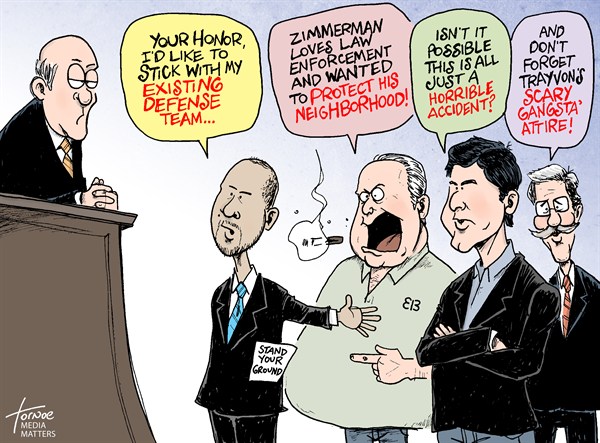 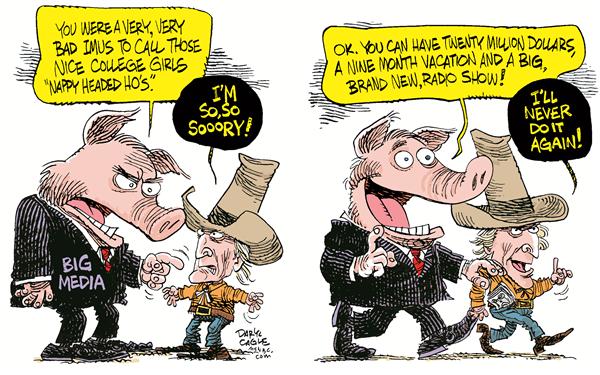 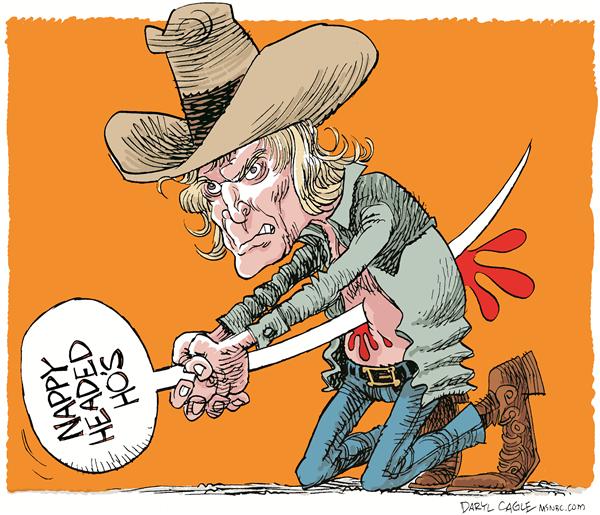 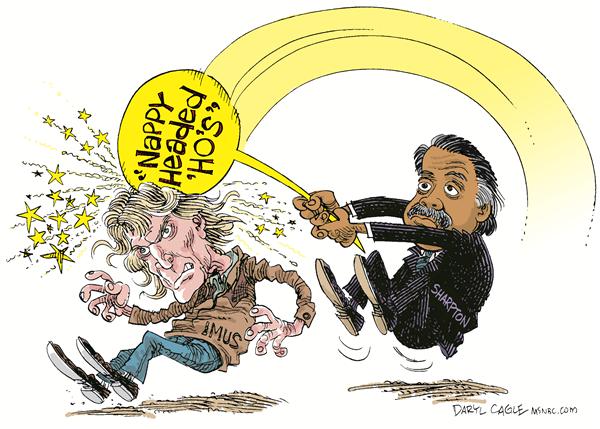