Here is a movie of Steve Sack drawing his latest Lance Armstrong cartoon on his iPad.

And here is the cartoon … Check out our great collection of Lance Armstrong cartoons.

Talk about being juiced! For years, cartoonists have been drawing cartoons about that cheating, steroid-injecting egomaniac Barry Bonds. Now, the lawyers have caught up with everyone else, convicting the former Giants slugger of obstruction of justice.

* – Hank Aaron never cheated, and Barry Bonds will never be elected to the Baseball Hall of Fame.

Barry Bonds, the former San Francisco Giants slugger that defined the steroid era of baseball, has been found guilty of obstructing justice for lying about taking performance-enhancing drugs.

Is this really a surprise? Looking back at our cartoon archives, it seems that everyone came to the conclusion that Bonds was guilty of steroid use years ago. Not to mention that it’s Bonds own arrogance that ended up convicting him. Don’t forget that it was Bonds, under oath before a grand jury nearly eight years ago, who twisted his way around straight-forward questions about steroid use.

I’ve done a good number of Barry Bonds cartoons over the years. Here are some of my favorites: 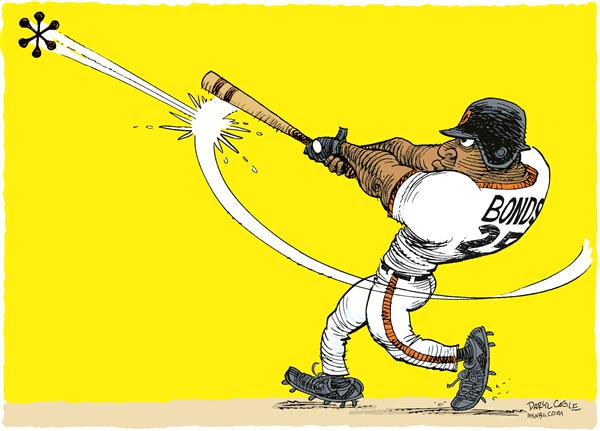 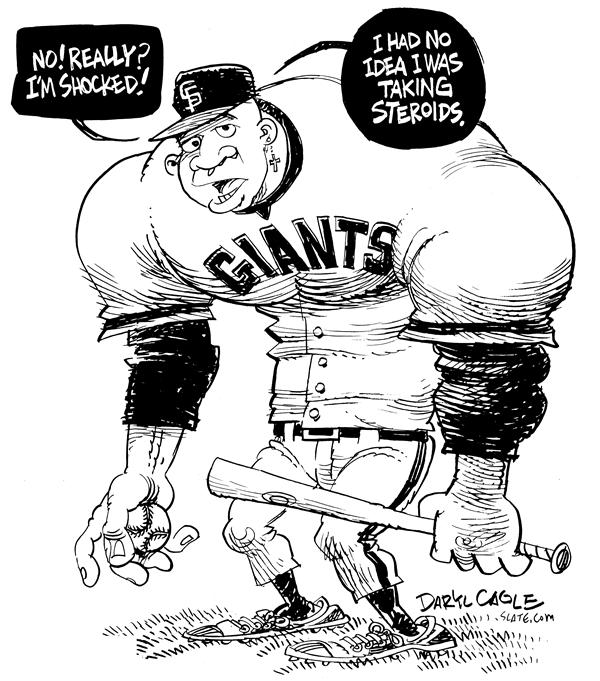 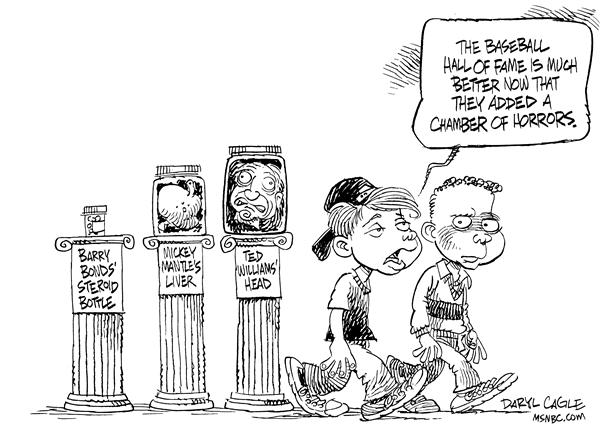 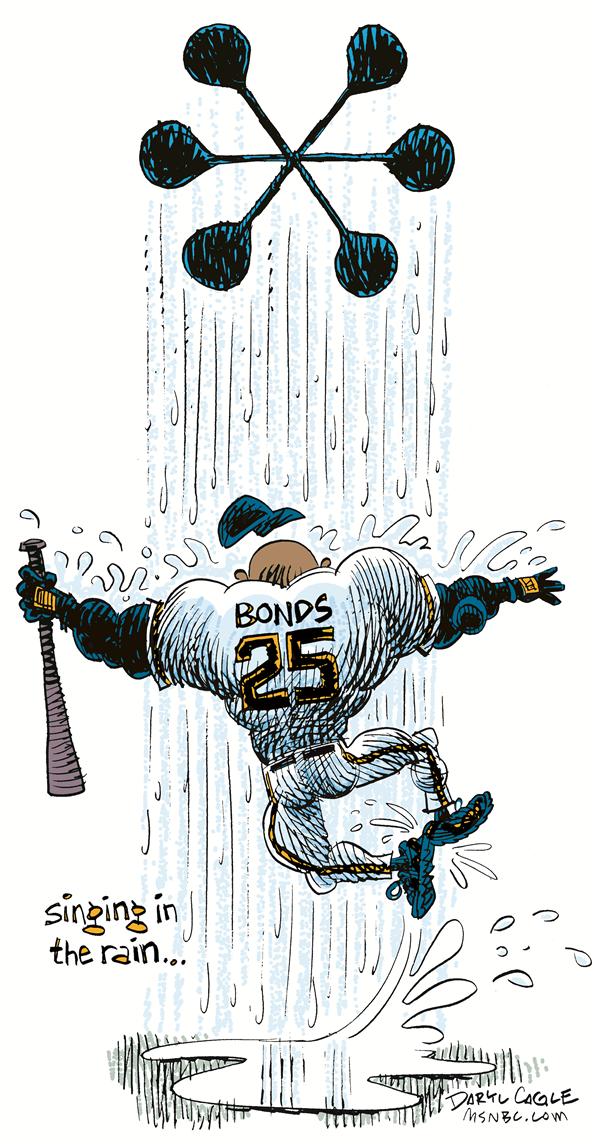 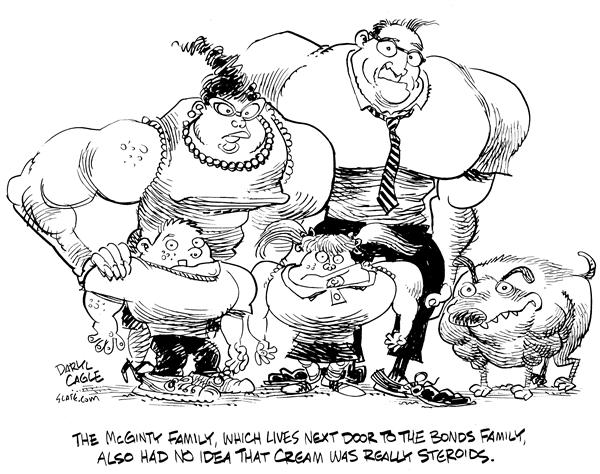 I’m sure no real baseball fan is surprised by the recent admission of former slugger Mark McGwire that he used steroids on and off for over a decade, including when he broke baseball’s home run record in 1998.

CLICK HERE OR ON THE CARTOON TO VIEW THE SLIDESHOW