I realize this cartoon is a bit ambiguous. Perhaps Trump is wrestling with China. Maybe Trump is “facing off” with China. Maybe there is something sexy going on with China that we can’t quite see. It is hard to tell. I went with “dance.” The USA will soon be adding another $250,000,000,000+ of tariffs to Chinese imports, which will move China to retaliate in other ways. I draw lots of Trump-critical cartoons, but this one isn’t one of them. I think Trump’s approach to China is long overdue. I even posted this one as a “Trump Friendly” cartoon on our CagleCartoons.com newspaper syndication site – although, that is probably ambiguous too.

I’ve drawn Trump and a Chinese dragon before. Dragons don’t have to represent China, although the chinese style dragons are more fun to draw. Here’s the dragon cartoon I drew the day after the election, when Trump defeated Hillary. Yesterday, election day, I posted a cartoon titled “Hillary Wins” as I was swept along with the conventional wisdom that Hillary’s lead in the polls would hold through the election. Here’s my correction! Compare this to the original “Hillary Wins” cartoon below. Hillary is a blue dragon now. I gave her dead “X eyes” replacing the bloody sword, so that she wouldn’t have “blood coming out of her whatever.”

I had a lot of good company among my cartoonist colleagues – in fact, we faced a bit of a crisis this morning as no cartoonists had drawn Trump Wins cartoons in advance – but the Trump cartoons have been pouring in today. Interestingly, the cartoons today don’t look much different than the trump name-calling cartoons we’ve been getting for the last year. I suspect this is what the next four cartoon years will look like. Check out Cagle.com for the newest Trump cartoons!

Editorial cartoonists often draw election day cartoons that predict a winner in advance, so that editors have a cartoon ready when the news breaks on election night. Here’s mine. Almost twenty years ago I was just switching careers from being a Muppet and advertising cartoonist to being a political cartoonist and I was drawing local, Hawaii state cartoons for the Midweek newspaper. There was a big election for governor between the incumbent Ben Cayetano and Linda Lingle. The polls showed that Lingle would win and my cartoon deadline was the Monday before election day, so I drew this Lingle wins cartoon and the paper went to press on it’s regular schedule, sampling that single would win. All the predictions were wrong and Cayetano won (Lingle won the governor’s seat in a later election). I got a frantic call from the Midweek editor, Don Chapman, on Wednesday – they had to throw out the papers that were already printed and set to be delivered on Wednesday (perhaps now they are collectors items) and they were holding the presses for me to draw an emergency “Cayetano Wins” cartoon immediately. I drew the emergency cartoon at the left as fast as I could. 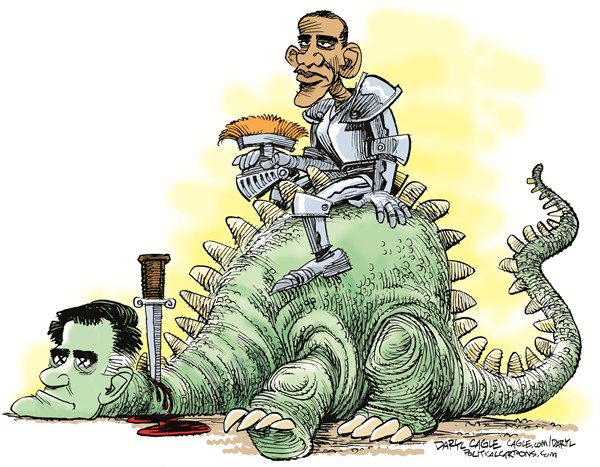