I know that I make people angry when I draw any kind of religious metaphor. Â Be polite with comments. Â The caricature of Woods at the right was drawn by Nate Beeler of the Washington Examiner; Nate is a brilliant caricature artist who deserves more attention. 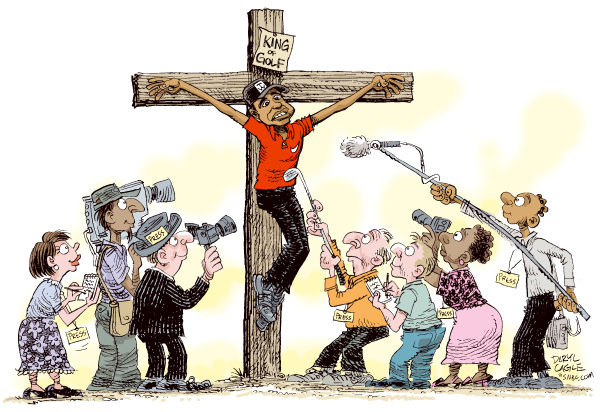