Americans forget that the death of Osama bin Laden reaches well beyond our borders, and touches the lives of people around the globe. The world’s cartoonists are no different then their American counterparts, and have their own opinions about the death of the mastermind of 9/11.

Patrick Chappatte, the cartoonist for The International Herald Tribune, brings us full circle on bin Laden with his cartoon: 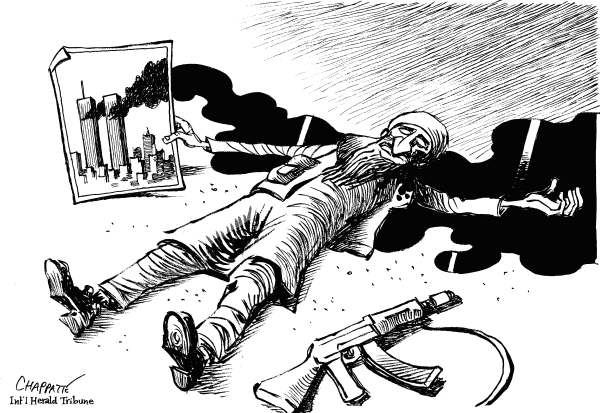 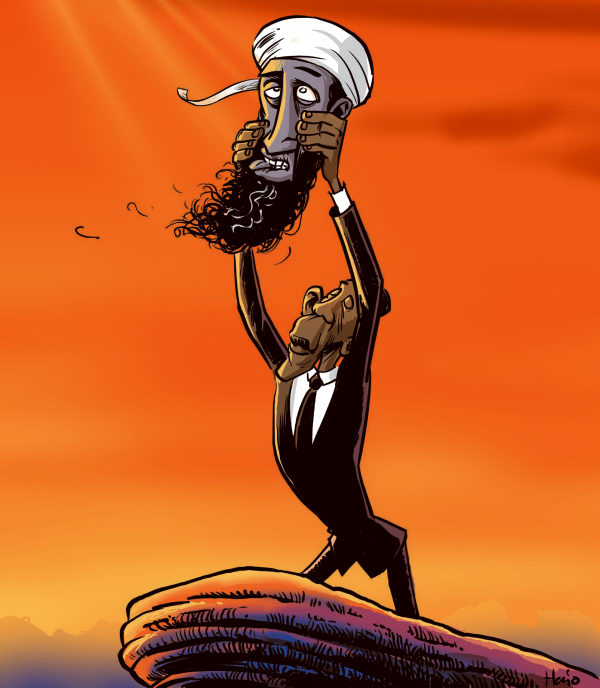 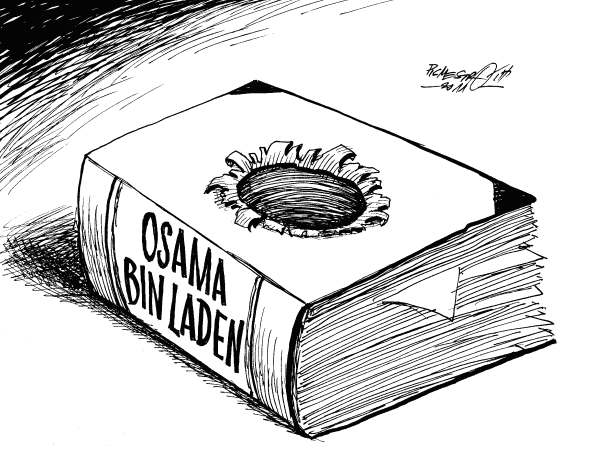 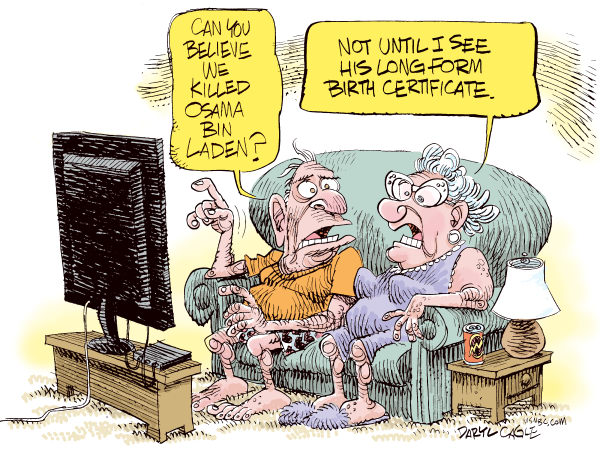 Barack Obama was born in the United States. He is officially an American. The President released his long-form birth certificate today in reaction to increasing calls, let by loud-mouthed clown and GOP front-runner Donald Trump, that he was somehow born on foreign land and not eligible to be our commander-in-chief. Trump has latched onto this birther issue, devolving himself as a serious candidate. Based on his reaction to the news today, I might have to change my cartoon to have Trump asking, “Where are Obama’s school records?” 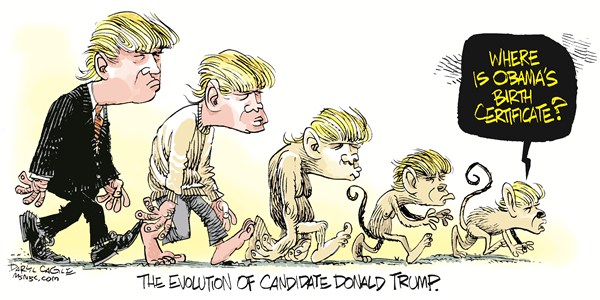 I laughed at Nate Beeler’s cartoon for the Washington Examiner, showcasing the resiliency of the birther movement… 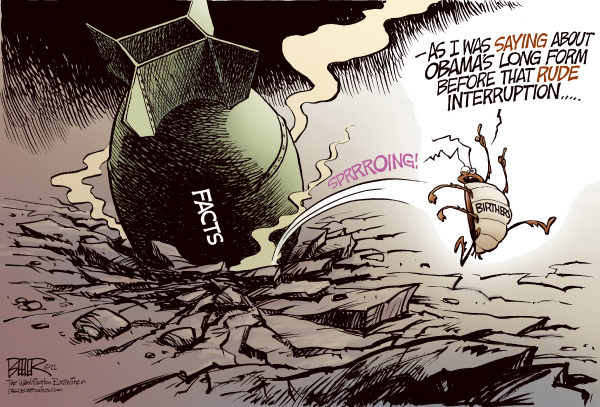 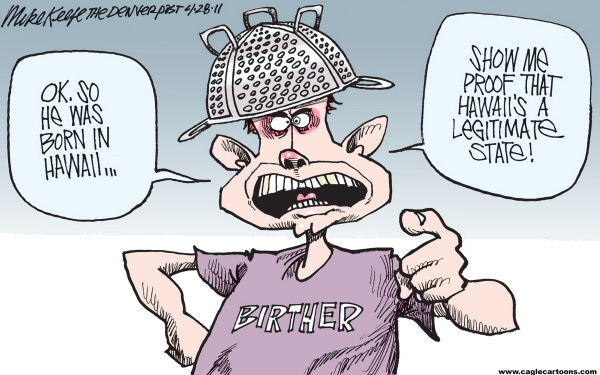 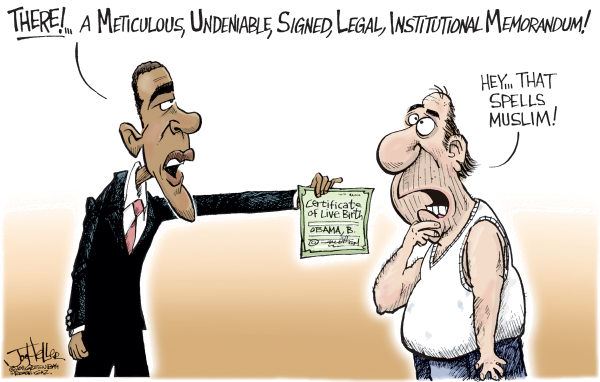 Donald Trump for President? Might not be as far-fetched as you think. A recently released Pew Research poll shows that Trump has the highest profile among GOP hopefuls, and polls last week showed The Donald ahead of the rest of the GOP pack, including Mike Huckabee and Mitt Romney.

What does the elevation of Donald Trump as a serious presidential candidate mean for jobs? Well, for starters, there should be some job job security for the nation’s cartoonists. Check out their take in our Donald Trump for President cartoon slideshow.