Decades after being dismissed by George S. Kaufman as a genre that “closes on Saturday night,” satire, like the measles and mumps, is making a comeback. And in many quarters, remains the most feared of the three conditions.

Some experts hold to a strict definition: “Satire portrays a viewpoint, while intending something different.” The most famous example being Jonathan Swift’s “A Modest Proposal,” the essay in which he advised Ireland’s poor to alleviate their poverty by selling their babies as food for the rich. At least we assume he was kidding. Hopefully no besotted chefs replicated his ingredients list.

Another example is the CIA’s assertion that “we don’t torture anybody,” when obviously what they meant was “yeah, we’ve been torturing people since way before we assured you we weren’t. And we’ve gotten pretty good at it.” You could say the CIA is America’s only straight up satirical organization. Proof that satire can exist without laughs.

Modern satirically has loosened up to embrace many forms of humor: sarcasm, cynicism, scorn, contempt, bile, ridicule and recently, an endless fascination with body parts and fluids. Anything to spotlight perceived injustice. Tweak the nose of pomposity. Kick arrogance in the groin.

Despots and extremists have the sense of humor of asphalt. With the emphasis on the first syllable. And yes, that’s an example of using a body part as humor. So, in response, North Korea orchestrated a monumental hack of the studio releasing the film. Doing damage to the economy and scaring the bejesus out of Wall Street. We know this happened because the CIA said it didn’t.

The fracas was exacerbated when Hollywood celebrities went to the mats defending free speech while imploring the public to boycott websites exhibiting their pilfered emails, revealing them to be petty snarks. This is known as irony, a brother to satire.

A greater tragedy is the thousands of Americans tricked into watching this cinematic opus under the guise of nationalistic pride. “Laugh, or the terrorists win.”

Then in January, the world witnessed the ghastly murders of French satirical magazine Charlie Hebdo staffers by lunatic Muslim assassins. Who claimed to be offended by a cartoon. Which confused many US citizens. France has satirical magazines. America has Spongebob. It’s a trade-off.

It’s sad. Call yourself a satirist in America today and folks think you have goat legs. And play the pan flute. Especially when you consider the grand tradition of American political humorists- Twain, Bierce, Mencken, Rogers, Bruce, Krassner, Trudeau, Carlin, Hannity and the Cheneys.

The teachable moment here is how imperative it is we encourage artists to stay on the offensive. To mock and scoff and taunt for the sake of democracy. They should be stopped on the street and thanked for their service. Laugh, or the terrorists win.

Patriots on both sides of the political spectrum need to rally and support our brave perpetrators of mockage and scoffsome taunterating. And to do it even after the CIA says it’s okay to stop. Especially then. Je Suis Charlie. Je Suis Hebdo.

Will Durst is an award-winning, nationally acclaimed political comic. Go to willdurst.com to find about about his new one-man show “BoomeRaging: From LSD to OMG,” and info about the San Francisco premier of the documentary film “3 Still Standing,” on January 29th @ the Marines Memorial Theater.

Email Will at durst@caglecartoons.com. Visit to willdurst.com to find about more about his new CD, “Elect to Laugh” and calendar of personal appearances. 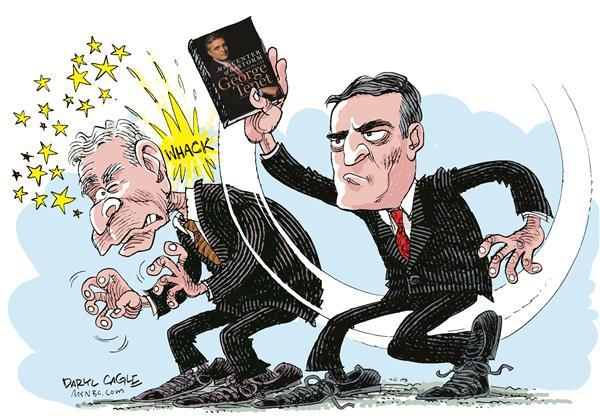