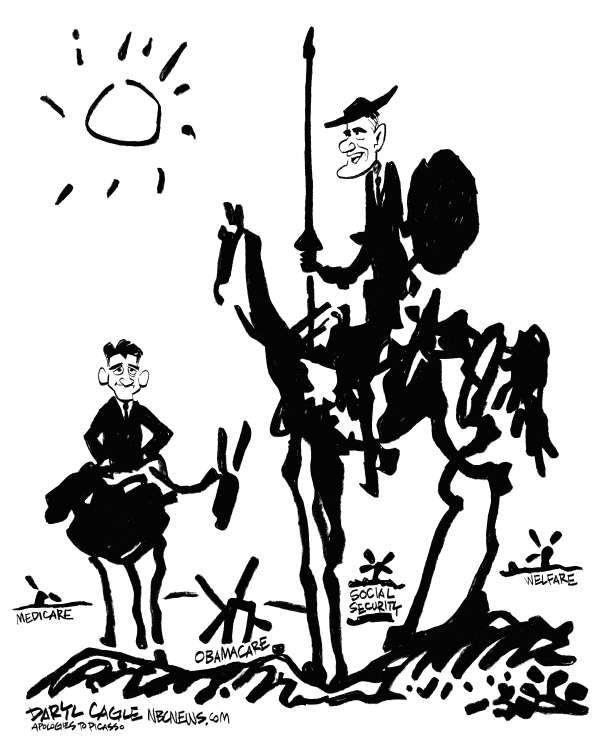 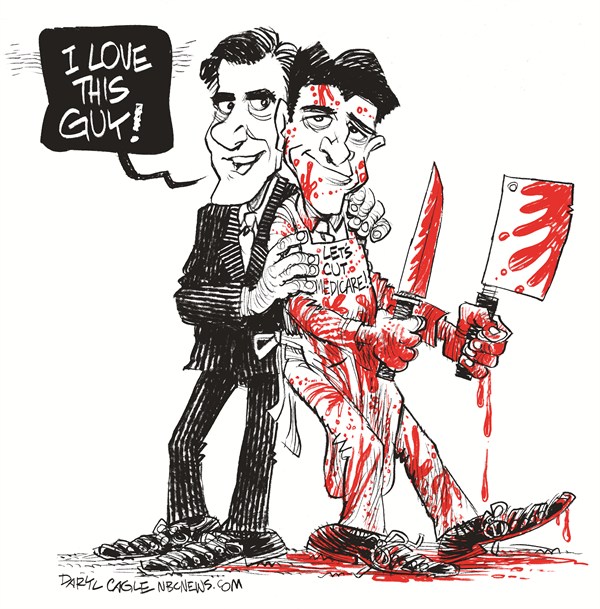 I know how you all like to see my sketches and I get lots of requests to explain my cartoons, so here is the latest one.

The goal with this one was to comment on the speculation that the Democrats would use sentiment about Teddy Kennedy’s death to push health care legislation, possibly by attaching Kennedy’s name to the bill. Â I started by making the health care character a generic ugly creature, but it occurred to me that a warthog is a better choice, because a warthog is understood to be ugly and it has the aspect of being a pig, to signify waste. Making the health plan a female is a little sexist, I suppose. Â I think of a woman wanting her photo to look pretty, so making the wart hog a female made the gag work a little better for me.

Next I had to deal with the mask that actually makes the warthog pretty, and I thought that using a photo of Kennedy rather than drawing his face made the cartoon more interesting. Â The mask was a little tricky because it had to have some perspective and Kennedy’s face is defined by its width, so squishing it makes it look less Kennedylike. Â I found this photo that seems to be everywhere, and it looks pretty good, even squished, so that was the first hurdle to cross. Â Nice photo, I like his eyes.

I did my usual quick pencil sketch. Â The donkey didn’t look good so I drew a new one on top with a Sharpie marker. Â That usually works for me; if I don’t like what I do after a Sharpie marker I’ll start over. Â Here’s the sketch:

After that, I drew the finished line art on a vellum overlay. Â In Photoshop I squashed the Kennedy photo into the sign, and drew outlines around it with a wider facing edge to make it look more two dimensional. Â And I added gray tone to the rest of the drawing, so it would live in the same world as the photo.

That’s how to draw an ugly health plan, and make it pretty. 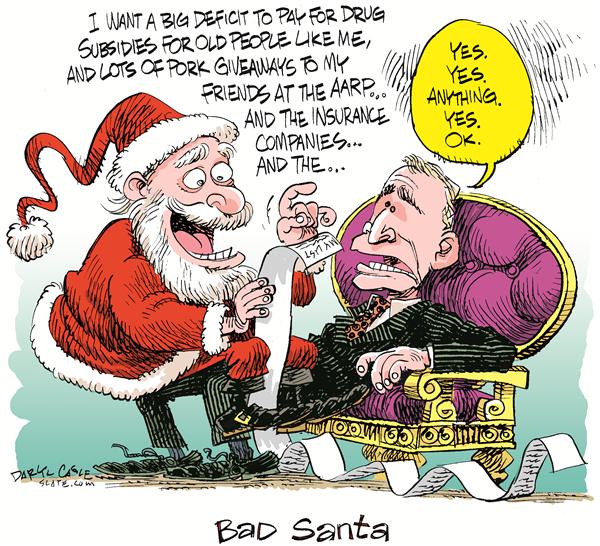