This weekend’s women’s march would have been much bigger news if the government shut-down hadn’t dominated the news. I think that’s disappointing. The march deserved more attention. Any participants in future women’s marches are welcome to use my cartoons on their signs – just e-mail me, ask and I’ll e-mail you the high resolution image file. I’ll ask you to send me a photo of yourself with your sign to post on my blog. Here’s Cagle.com fan Shelly Carpenter who did just that at the women’s march in Seattle this weekend. Donald Trump casts a big shadow over the Republican field as we approach the first debate. I drew little caricatures of all the candidates – can you name them all? (I would have missed Jim Gilmore – he declared late and I stuck him behind the crowd, behind Ben Carson, as an afterthought.) I started off drawing this one with Donald Trump as a storm cloud raining on the other Republicans. When I posted this we started getting calls from editors who wanted a color version, and I haven’t done that yet. I suppose I still should, but I think the shadow version is better.

I’m guessing that the Fox News debate will be either storm or shadow, with Trump on top. We’ll see. 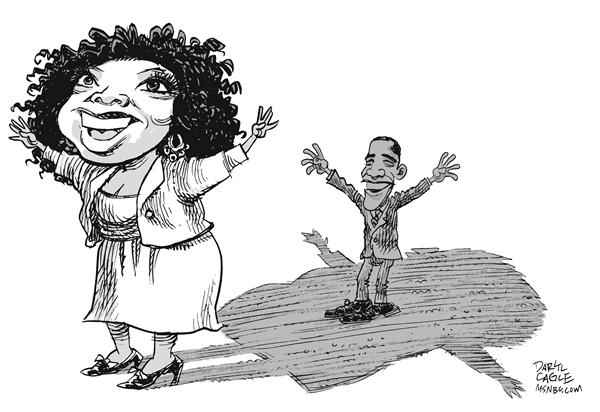 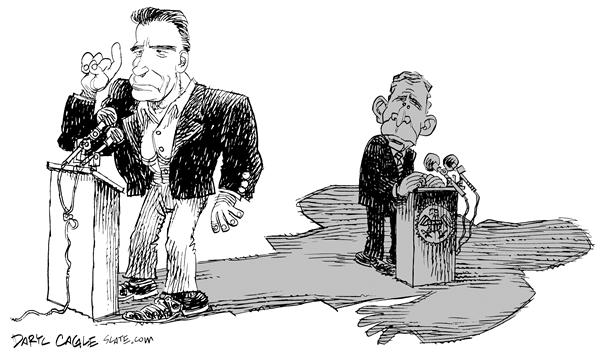